Here at A3G, we love our office! We are located north of the Downtown Liberty square in a three gables building which was built in 1869. We thought you may be interested in more information on this unique style of architecture. 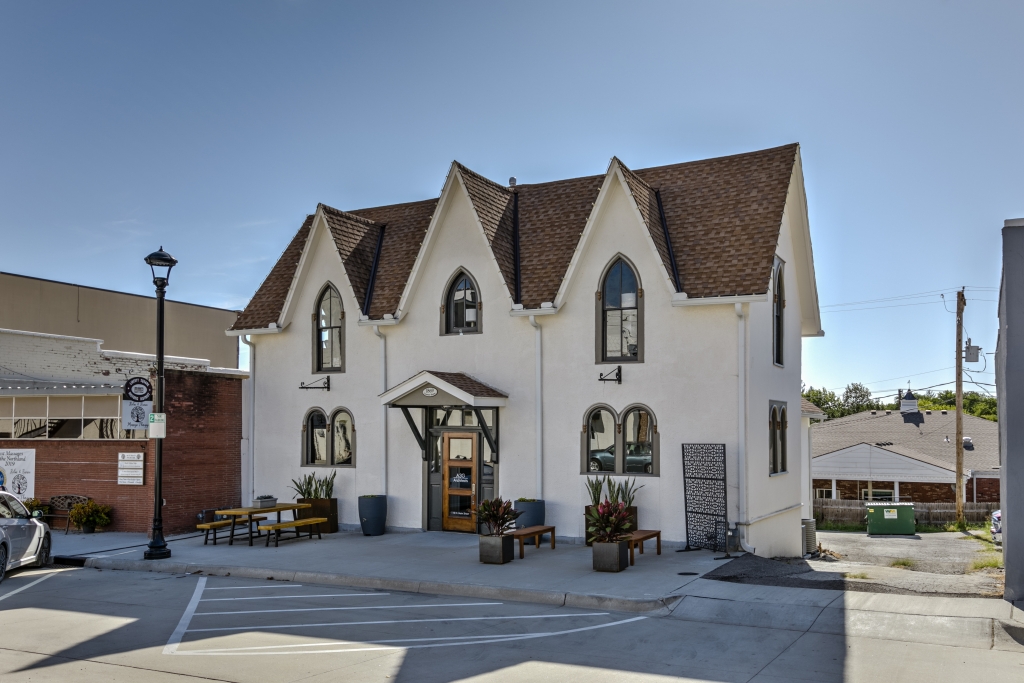 Three Gables Architecture is easily identifiable as there is a central gable above the entrance, and an identical gable mirrored to either side. Typically, the roof is steeply pitched with thin, long windows extending into each gable. The layout of the interior is mirrored about the central gable as well. The front entrance opens into a hall with an ornate stairway to the sleeping area above. The purpose of the Three Gables becomes evident on the second story; the gables increase the ceiling height for more usable space in this area. Depending on the size of the building, one or two rooms are adjacent to the hall on each side.  This style of architecture is a rare phenomenon of the Gothic Revival period between 1840-1880.

While this subtype of Gothic Revival is rare, it is generally found in the Midwest. Clay County, Missouri, is fortunate to have a concentrated pocket of Three Gable Architecture in the area. While driving around historic areas of Liberty, you may be able to find up to three or four of these unique homes.

A dominant feature of most homes built during the Gothic Revival is detailed ornamentation. The windows are historically arch or lancet (a pointed arch) and are ganged together in pairs. Doors would be simple, but heavily adorned with trim. A gable roof or crown above the door, and heavy window crowns provide interest and the gothic detailing to the façade. Vergeboards, or decorative gable trim, with thin finial help to date the decade the home was built. Pre-1860 the vergeboards typically incorporated the finial and were more ornate, while post-1860 it was typical for vergeboards to appear simple with cross bracing. Check out the historical photograph of our building below to see an example of gothic detailing. 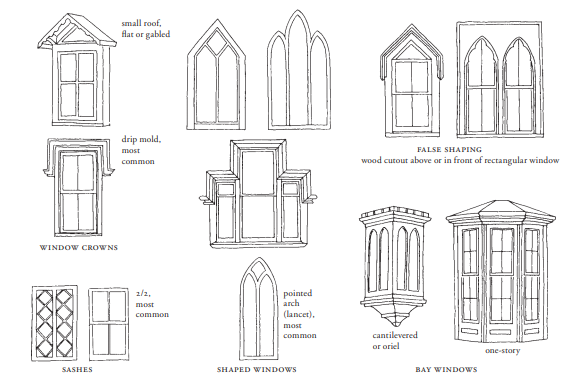 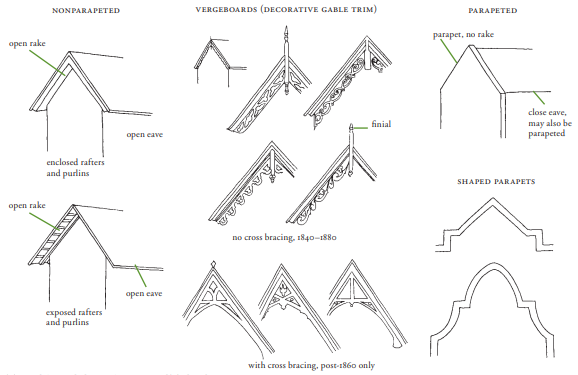 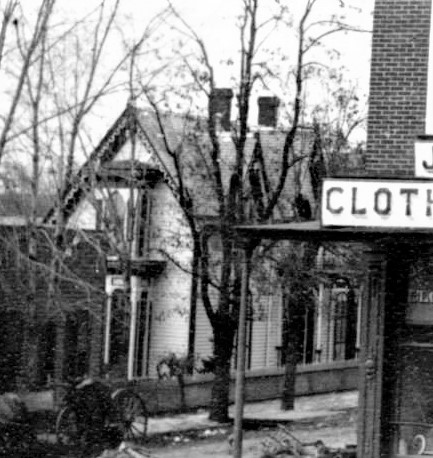