Adaptive reuse is generally defined as reusing a building for a purpose other than what it was designed. This is not a new or unique practice but the term has gained popularity in recent years.

As technology advances and society changes the uses for buildings are constantly evolving. Take train travel for instance, Union Station was built as a large train depot. While it is still used for train travel, that mode of transportation is far less popular so they got creative on how to use the large space. It’s been adapted to include restaurants, stores, museum exhibits, event spaces, and offices.

Another large local example is Kemper Arena. This building was once the premier event venue in the area hosting iconic concerts and sporting events, leading to it being placed on the National Register of Historic Places for its significance. As the facility aged, new facilities were created with modern amenities and larger capacities. Once newer facilities came to the forefront Kemper Arena began to decline from neglect. Developers purchased the property and after several years of planning and construction have adapted the building to house a great sporting complex suitable for hosting large tournaments, restaurants, shops, a gym, meeting spaces and offices. Now the building can serve a much larger portion of the population on a regular basis. 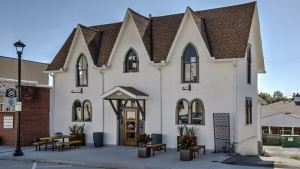 While these are very large examples, the concept can be applied on any scale. For A3G, we’ve worked on several adaptive reuse projects, including our own office. Our traditional three gables style building was originally built as a house in 1869. Since then it’s been adapted many times to be offices, apartments and retail stores. The latest transformation involved us coming to restore the bulk of the building and making it ideal for our office. We were able to retain much of the historic character and hopefully give the building one hundred more years. 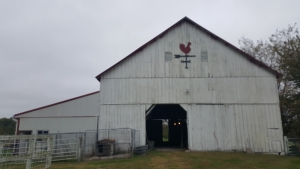 Another A3G project, Tobacco Barn Farm was a very creative adaptive reuse project completed in 2017. The barn was built in the 1920’s and functioned as part of an active tobacco barn for decades. We worked with the owners to save the historic barn by structurally supporting it from the ground up. From there, a new concrete floor was poured in the main barn making it a beautiful event space. Adding a lean to addition allowed for modern bathrooms, changing areas and a prep kitchen to support modern events. Seeing this structure have a whole new life for decades was truly inspiring. 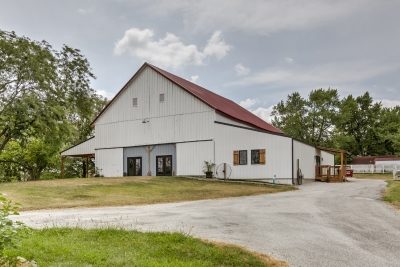 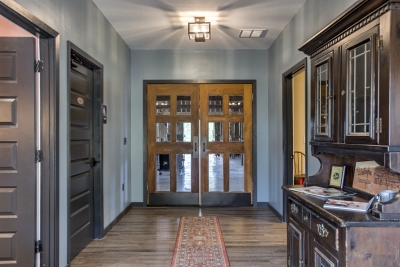 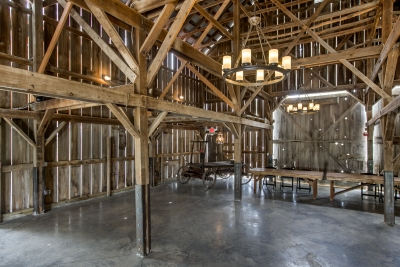 Historic structures are not the only ones that can benefit from this idea. Any building that can be repurposed to make it more functional, or keep it out of a landfill, is worth consideration. Architect Carl Elefante once said, “The greenest building is the one that is already built”. Often the first thing that comes to mind for people it to build a building to suit their needs, but quite often there are empty buildings that can easily be fitted to new concepts and ideas both residentially and commercially. This creates amazingly unique spaces, keeps tons of materials out of the landfill, preserves the historical legacy of many styles and time periods, and can even help with revitalizing areas that have been neglected.

If you have an idea for a project to create a new vision in an old space, contact us. We would love to help bring your vision to life.